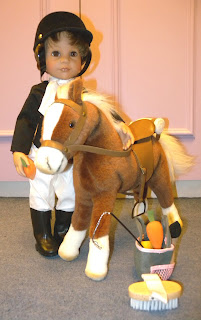 Peter all dressed up to go riding, and feeding the horse, which has remained nameless
Posted by DollMum at 23:41 2 comments:

I've been sewing again - this time for my cousin's daughter's dolls. I don't know which one of them will get to wear this outfit, but here it is being modelled by Samantha before we wrap it up tomorrow as part of a birthday gift of dolls clothes for Mia or Sarah (including skates for both of them). 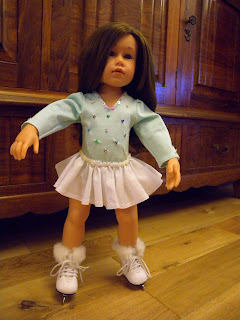 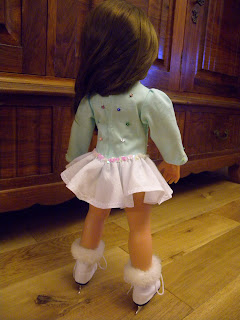 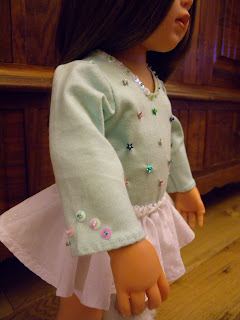 I didn't glue the sequins and beads, I sewed them on individually instead. The reason for this was that the outfit will be for a child to play with, and gluing would have potentially resulted in some coming off, sewing them on firmly seemed the better solution. Also, I didn't have the glue!
Posted by DollMum at 00:51 4 comments: 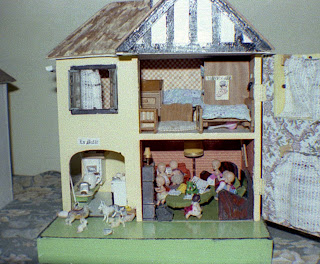 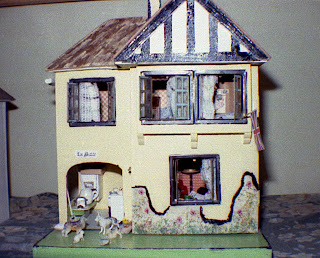 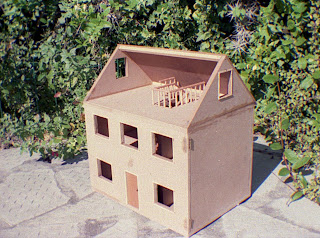 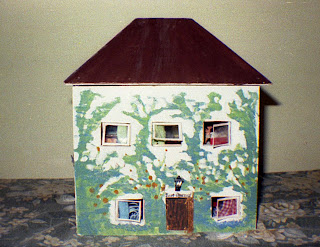 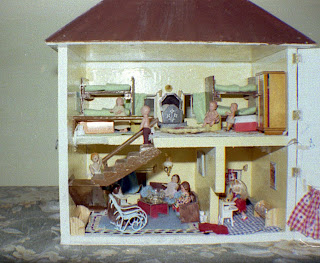 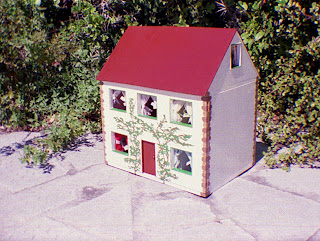 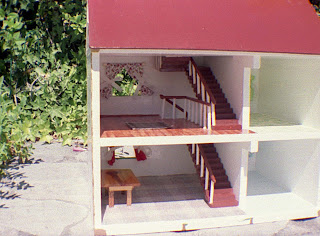 Inside that house
Posted by DollMum at 23:41 4 comments:

Bought outfits for the Gotz family 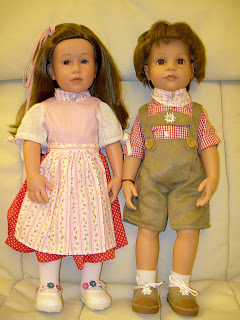 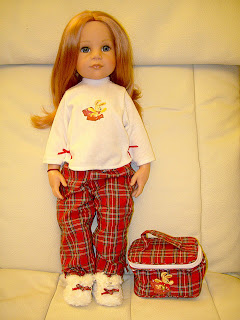 Harriet wearing the Gotz travelling set
(without the home made fleece dressing gown)
My elder daughter had been dropping hints about me making some tartan pyjamas to match her own, and was overwhelmed to get this set along with the dressing gown (very cuddly) as part of the Easter egg hunt prize 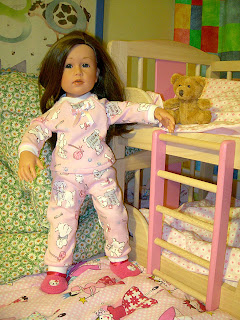 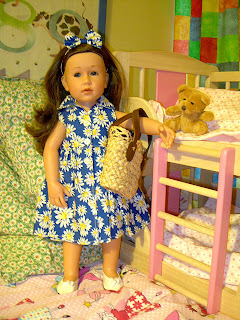 Samantha wearing a dress by Nellie Rose Doll fashions (ebay purchase),
and sporting the Gotz basket
This dress is one of my younger daughter's favourites for her doll
Posted by DollMum at 23:19 1 comment:

Here are some results of the sewing for the dolls this year: 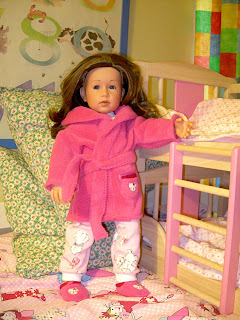 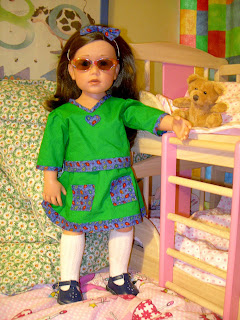 Samantha in green, with her sunglasses 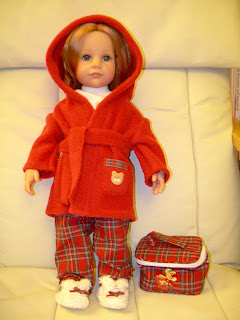 Harriet in her new hooded dressing gown I made,
and the tartan pyjamas we bought

My elder daughter keeps reminding me that Peter needs an ice skating outfit, so the sewing machine will be pressed into service again soon.
Posted by DollMum at 23:53 3 comments: 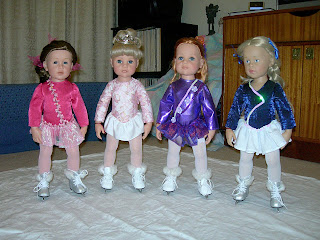 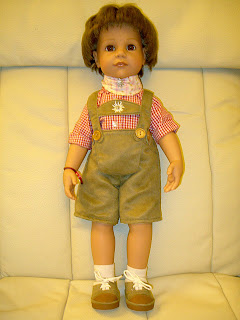 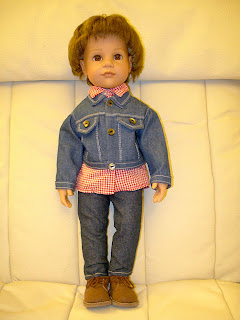