Saturday morning started with buffet breakfast together while the sales room was being set up in the other part of the ballroom next door (they divided the room with a screen).  The sales rooms opened at 9am and it was a feast for Sasha shoppers - so much to choose from and lots of variety.

I was mainly after shoes and boy or toddler clothes, my girl bought a few accessories from Fran and I bought some fine recycled cashmere wool in various colours.  I found toddler sandals for both Edmund and his new sister as well as shorts to match his sandals (both Monica J), a lovely Lynn Field dress for my new toddler, a Minion shirt and denim shorts set by Sheila for Timothy and the complete 2014 Phoenix Arizona Sasha Festival souvenirs and booklet which I'd been wishing to find for some time (thank you Jackie K).


After the sales closed it was lunch on your own followed by the Craft workshops.  Several months ago I designed one of the crafts for the workshop after email discussions with Karen, Norvell and Charla.  My girl helped me test out the designs for 5 character glove puppets for Sasha, made of felt, in fact she redesigned the dog because she thought mine wasn't fun enough.  We assembled these together one happy weekend and once I was happy with them, I photographed them then wrote up the complete instructions and drew the designs out to make them easy to cut out from full size pattern pieces.  There were 5 designs with a sheet of plans for each character, plus written instructions.  The option was provided to glue or sew them.

I sent the complete instructions, plans and photos to Karen, Norvell and Charla who were pleased and complementary about them (Karen tested them out by sewing the elephant and sending me her photo).  They enlisted the help of Beth W and another Sasha lover to put the kits together, bought the glue and scissors, printed out the instructions for everyone and put them in a folder along with the two other craft activities they'd provided, which was a miniature book of cut out doll patterns and a magazine (easy paper crafts to cut and glue).  I brought our test glove puppets to the festival and Karen had made up all the others too so they were all on display for everyone to see.  Each person was allowed to choose 2 kits (they'd made 200!).  We had the example puppets on display side by side and as you can see from the following photos, the children loved them!

The following photos show the craft activities in action (photo heavy).  I loved that some people did their own versions of the basic designs to make them truly individual.  The glue took time to dry (in our test versions we'd used quick drying tacky craft glue) and Izzy much preferred using her sewing needle rather than glue for her puppet.  Some people were so absorbed they didn't notice me going around taking photos, some people (like a certain young person sitting with my girl) reacted to the camera (which was funny) and some were pleased to show what they had achieved. 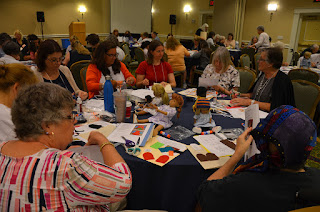 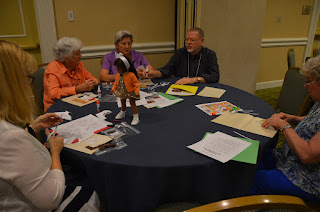 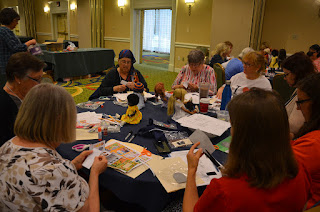 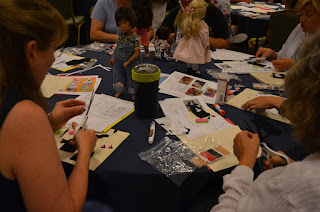 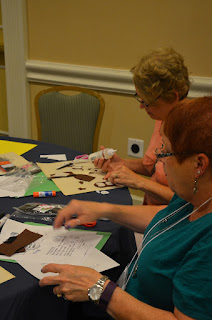 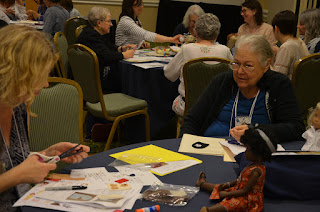 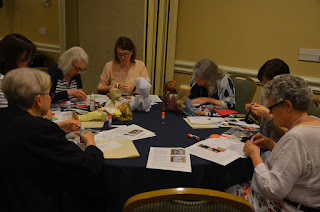 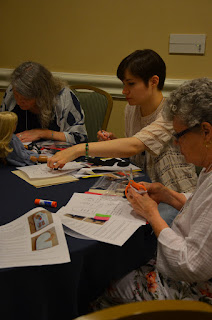 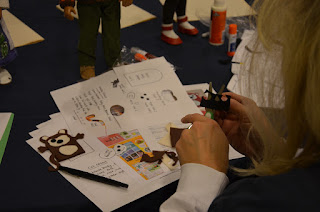 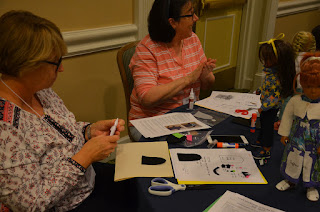 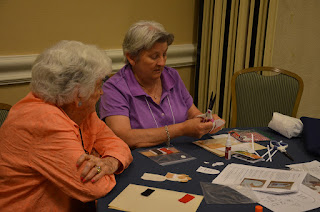 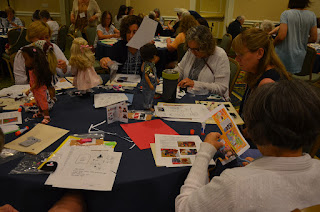 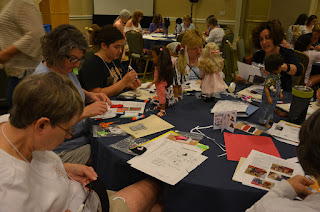 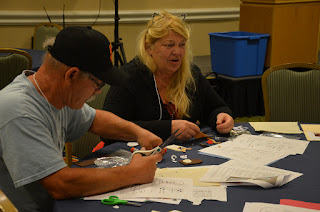 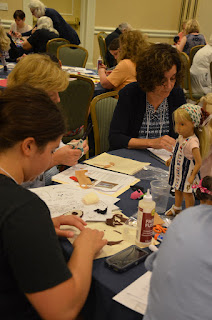 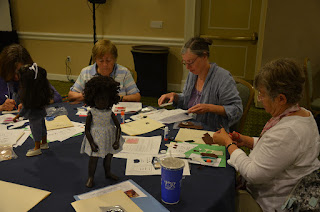 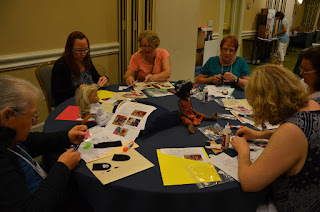 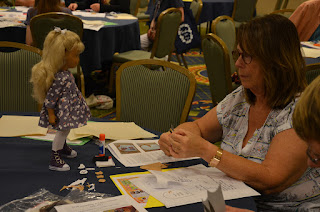 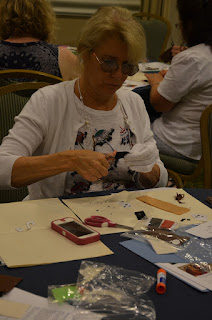 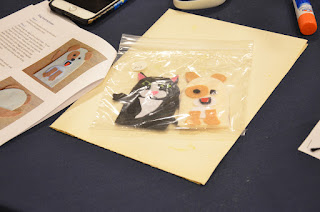 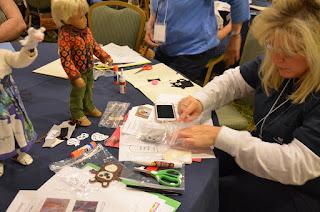 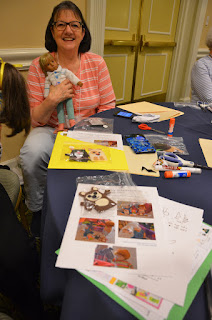 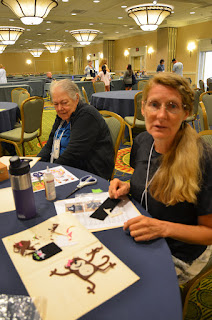 If you want a copy of the pattern, you can download them from the links below:

Please note these patterns are shared with a Public Domain licence, which means you are free to reuse them.

What fun!! I can remember making little felt finger puppets with my children when they were small and then the larger felt glove puppets when they were older. I bet this must bring back many lovely memories for the ladies who made them for their Sasha dolls :) x

What great sales tables there were, such fun to see all that was available.

I think it was a brilliant idea just to have the one craft this year (at least that is how I am interpreting it?) Everyone joined in by the looks of things and got to go home with a couple of great puppet props for their Sasha family. Such fun!

Once again as you can see fully absorbed in what I was doing and did not take any photos, so glad you did.